How to Increase Awareness of Self-Management in the Team 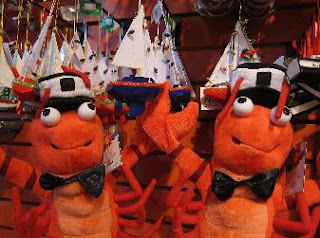 The story about John and his team is going on on Olga Henggi Blog…
John and his team were on their way to a countryside hotel where they were going to spend two days together. It was the so-called team-building event that they had every year. John’s team didn’t know that he was going to reduce his positional authority. What results will decentralization of authority bring? …


It was a nice sunny summer’s day. John and his team were on their way to a countryside hotel where they were going to spend two days together. It was the so-called team-building event that they had every year. Each time it was almost the same – some sport activities, workshops, some kind of treasure hunt. As a result the team members were often bored and gave negative feedback. John had noticed that his team often preferred criticizing rather than coming up with their own ideas and realizing them. Maybe the problem was that his team was a traditional one without any elements of self-management. This time he decided to delegate authority to his team.
“Hey John, will we play drums this time?” Sam asked with a touch of irony. Emily laughed: “By the way, nobody has told us yet what we are going to do. I remember how boring it was last time. John, what have you prepared for us?” Peter and Sam started criticizing their company’s management for lack of creativity. Ruth was listening to music through earphones and didn’t participate in the conversation. Mike was concentrated on the beautiful landscape as they were driving down the road.

Half an hour later they arrived at the hotel, left their luggage in their rooms, and gathered in a conference room. John took his place between Peter and Ruth leaving the “boss” chair for someone else. Mike was a bit late and when he arrived he realized that the “boss” chair was the only vacant seat. “Ha… You mean I should play the first chair?” Mike asked giving his colleagues a big smile. “Feel free and occupy this seat,” John said “there will be some more surprises today. For example, I’d love to reduce my positional authority during these days and let you perform as a self-managed team.” Ruth couldn’t believe it was true – John was an appointed leader who was leading his team successfully. She couldn’t understand why he wanted to delegate his authority. “Aha.. Good news! At last we have democracy in our team,” Sam exclaimed happily. But Ruth worried whether a self-managed team model could work well because their company had not used and welcomed this model yet. Emily looked confused: “You took me by surprise. Could someone explain what a self-managed team means?”

It was Mike who replied after a short pause getting out of his chair: “Hmm.. I guess a team member’s role is interchangeable and …” After Mike finished his explanation Peter expressed some concerns about changing the team model. The other team members immediately started discussing advantages and disadvantages of self-managed teams. John was all ears realizing how important it was to start this discussion. Mike’s words interrupted John’s thoughts. “John, what exactly should we do now? I think we should still receive some direction or instruction from you.”

John explained calmly that he was not going to change the team model in general and put pressure on his colleagues. He said softly: “But it would be great to learn some elements of self-management and use these advantages for our team. The direction of our activity could be the following: for example, defining the areas of team responsibility. What do you think?” His words relaxed the discussion because he had managed to move inside the team. “Well, I guess it has been an invitation to brainstorm,” Peter said suggesting his colleagues not waste time.

The first step had been done – the team was ready for the next creative phase. John was curious about ideas and ways of reaching consensus. He wondered: “What results will decentralization of authority bring?”

This is story 12. Read more about "Your Life and Business" stories and its characters. 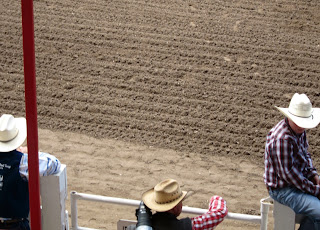