How to Respond to a Team in Crisis 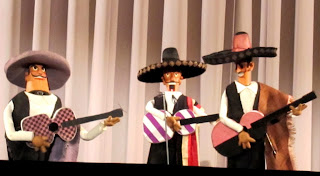 John, a team leader, who had just come back from holiday, was sitting at his desk in the office. Emily, his personal assistant, and two other team members, Peter and Sam, had cheerfully greeted him. Where was Ruth, his deputy?
He’d found out that Ruth, was in the face-to-face meeting with Ron, the new senior manager. Emily’s and Peter’s words were still echoing in John’s head: “it’s Ruth turn today”, “the leader leads”… John pricked up his ears; his intuition told him something had happened during his absence.

“Could you explain to me what is going on? Has anyone else had a meeting with Ron yet? Can we discuss the issue?” John said looking at the team members.
“John, I think you’ve enjoyed your holiday – no calls, no e-mails, no interest in your team… It feels like you’ve forgotten us,” Sam replied. John reacted calmly: “Well, I was trying to delegate authority but maybe I should have tried harder. I didn’t think you needed a distant conductor of the orchestra – you have Ruth when I am not here.”

John asked Sam to lead the discussion and to explain what had happened in his absence. Sam was in seventh heaven because it was for the first time John had given him an opportunity to lead. However, Sam did not want to start. Why? He had a dilemma, on the one hand; he didn’t want to criticize Ron. On the other hand, he felt he had to be honest. Sam carefully attempted a maneuver: “I think it would be better if everybody tells us something about the situation.” But John corrected him immediately: “No, Sam, I’d like you to start.”

After some slight hesitation, Sam told John, how Ron had tried to build a relationship with them*. Sam also mentioned that he’d already had a very nice meeting with Ron. He looked at John trying to check his reaction but John kept quiet. Sam appealed to Peter: “Maybe you can add something? I think you’re not that happy with Ron and his actions.” Peter didn’t respond and continued checking his e-mail on his iPhone. Emily came around her desk nervously: “Let’s agree to give a personal opinion only. I think that Ruth might have supported our interests from the very beginning.” Emily was definitely kindling fire and Sam was extremely glad that the conversation had turned to Ruth – she had criticized him a lot and he wanted revenge.
Peter who knew about the tension between Ruth and Sam decided to support Ruth: “In my opinion, Ruth is a very good deputy. She had expressed doubts about Ron’s proposal. She had asked Ron to come to our meeting…” Peter wanted to add more but Emily subtly interrupted him: she begged Sam to focus on the topic and stop discussing personal matters. “Have you changed your mind, Emily? No problem, I won’t criticize Ruth and …and …,” Sam stumbled as if he did not know what to say. In reality, he had seen Ruth who had just entered the office. Had she heard Sam’s words? He was very embarrassed.

“Hi, John, I am very glad to see you. When did you arrive?” Ruth greeted John “who is this tribal mask for?”

“Hi Ruth,” John replied “my plane landed about an hour and a half ago. The mask? It symbolizes wisdom. I bought it for you on holiday. In a moment of decision the best thing you can do is the right thing. The worst thing you can do is nothing.” His words brought a smile to Ruth’s face. However, her eyes expressed concerns – there was something she had to tell John urgently.

What is the right thing John could do then?