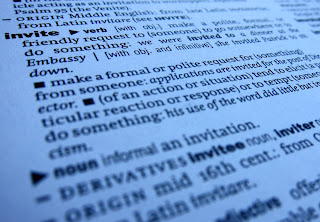 Which sentence would you choose for a thank-you reply in English?

“Thank you for your invite”

“Thank you for your invitation”
The Guide To Better English (Bloomsbury) suggests: “the use of the word invite in place of invitation is disliked and avoided by many users, even in formal context.”

I often receive thank-you messages on Linkedin. What surprises me a bit is that people you don’t know in person are more likely to use the noun invite.

Do some people use the noun invite mistakenly?

Interestingly, Guardian Observer style guide suggests: “invitation is a noun; invite is a verb, so you don’t send someone an invite”.

Does the noun invite exist?

To answer these questions as well as other questions related to the English language, I continue my research project focused on the English vocabulary and grammar.

Good news: you can find the noun invite in English dictionaries.

According to M. Webster’s Collegiate Dictionary, 2003, the noun invite dates back to 1659 and it means invitation.
By the way, the verb invite is older and dates back to 1533.

The Concise Oxford Dictionary, 1973 gives us the following information: “the noun invite (colloquial and vulgar)”.

According to The Oxford Dictionary on English, 2006, the noun invite is informal and it means invitation.

You say in’vite (verb) but you should say ‘invite (noun).
Compare with re’cord – ‘record, pro’ject – ‘project.

I asked different people about how they use the nouns invite and invitation.

For some people it might depend on circumstances or context. They often use the noun invite in speaking or very informal situations, for example, in text messages and private emails (just in order to make their massages short).

On the other hand, some people are rather confused and don’t know which noun to choose. Why? They say they don’t want to make a mistake that could lead to misunderstanding.

I also looked through a lot of tweets on Twitter and found out that both nouns are used.

“The Fish-Footman began by producing from under his arm a great letter…, saying in a solemn tone, “For the Duchess. An invitation from the Queen to play croquet.” (from “Alice’s Adventures in Wonderland”)

Which sentence did the Duchess choose for her thank-you reply?

“Thank you for your invite”

“Thank you for your invitation”

How do you use the nouns invite and invitation?

And this is my invite… hmm… invitation to the discussion.